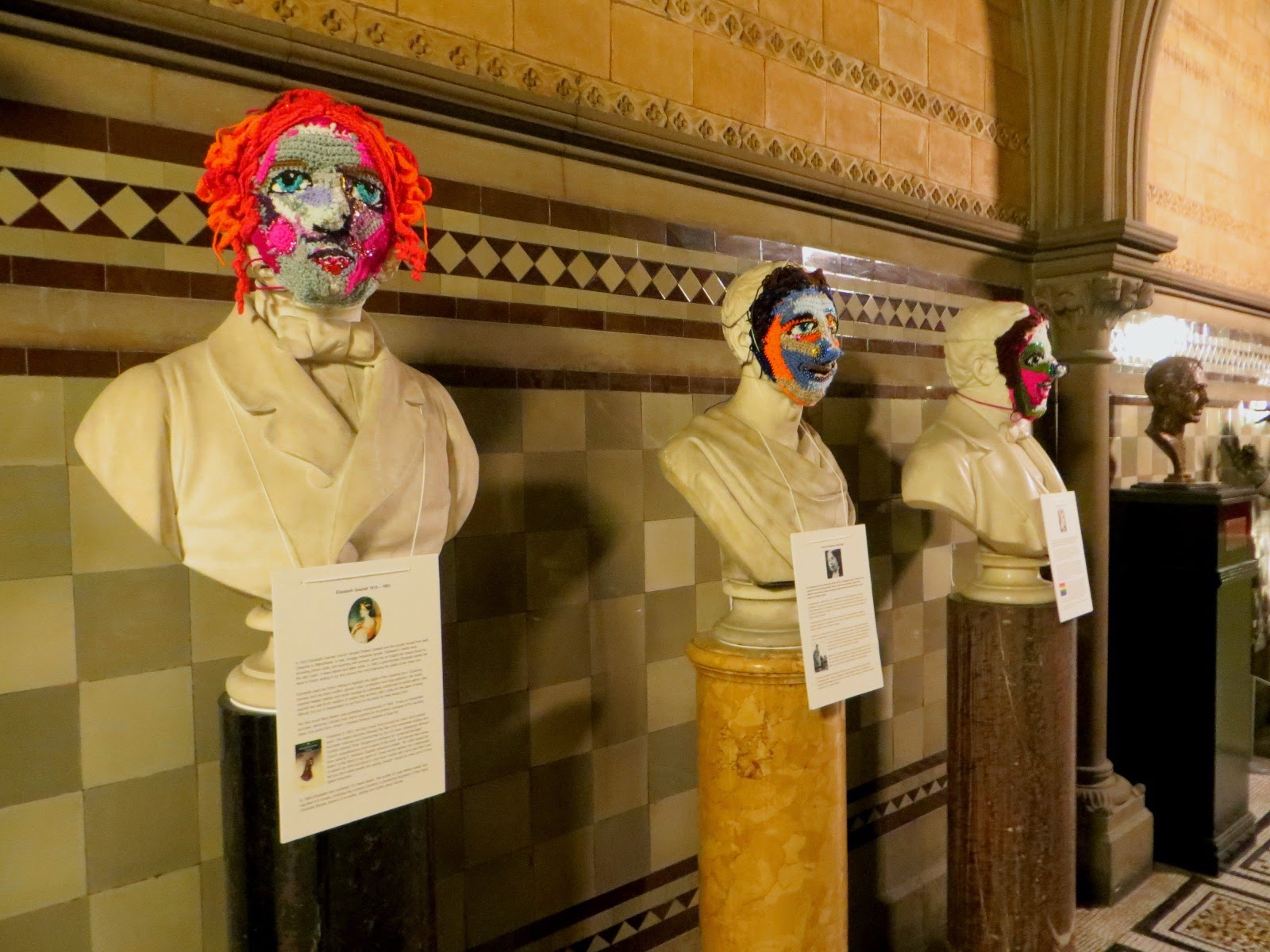 Women’s accomplishments can be ignored, devalued, and written out of history leaving a lack of diverse female role models. Sculpture statistics bear this out: of 640 listed statues in the UK, only 15% are of women and most of those are of monarchs or topless mythological characters.

Their crochet crusade struck a chord with Councillor Andrew Simcock who proposed that Manchester City Council should support a new city centre statue honouring a local woman.  Yesterday, to inspire local Councillors on their way to the vote, Warp & Weft restaged their Town Hall yarnbombing installation. Simcock’s proposal was unanimously supported, and it’s intended that the new sculpture will be launched on International Women’s Day in March 2019.

The monument won’t cost local taxpayers a penny. A working party of councillors with input from external advisors will oversee the fundraising, artist commission, and choice of women to be portrayed. But the selection of artist and woman will ultimately be made by public vote. 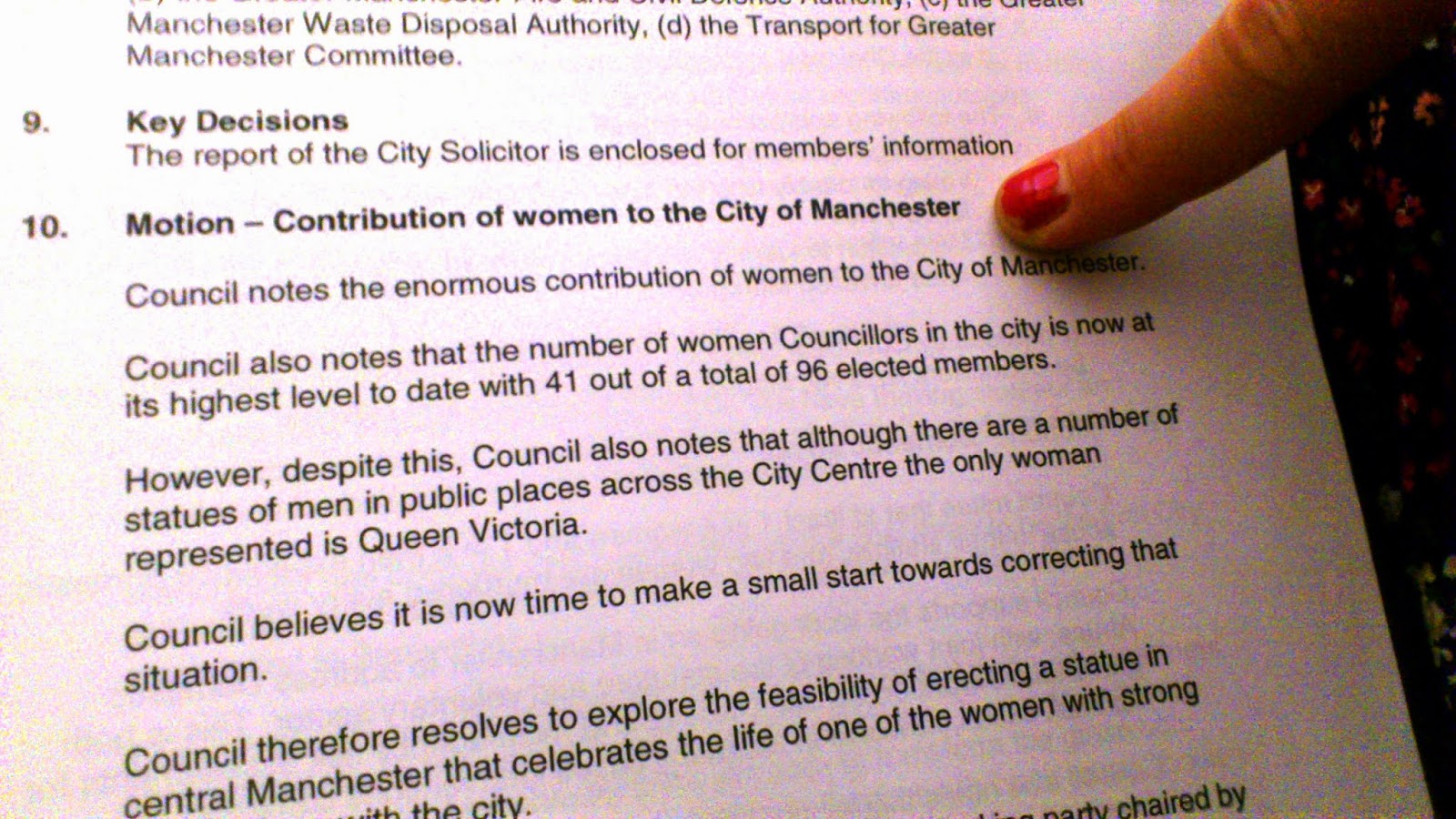 Seconding Andrew Simcock’s motion, councillor Josie Teubler spoke passionately about the importance of equally celebrating the achievements of men and women. Female MPs and board members are still very much in the minority, and only when historical women’s achievements are given the status they deserve, attitudes about what today’s women can and cannot accomplish will slowly start to change.

Other speakers highlighted some of the hidden women who’ve helped shaped the history of Manchester. While suffragette Emmeline Pankhurst is well known, there are scores of other female movers and shakers less celebrated but no less deserving of recognition, including politicians Ellen Wilkinson,  Margaret Ashton and Dame Kathleen Ollerenshaw.

What’s so exciting about this project is that the whole process of raising the cash and selecting the design will be used to raise awareness of some amazing local women whose achievements have been lost to history. 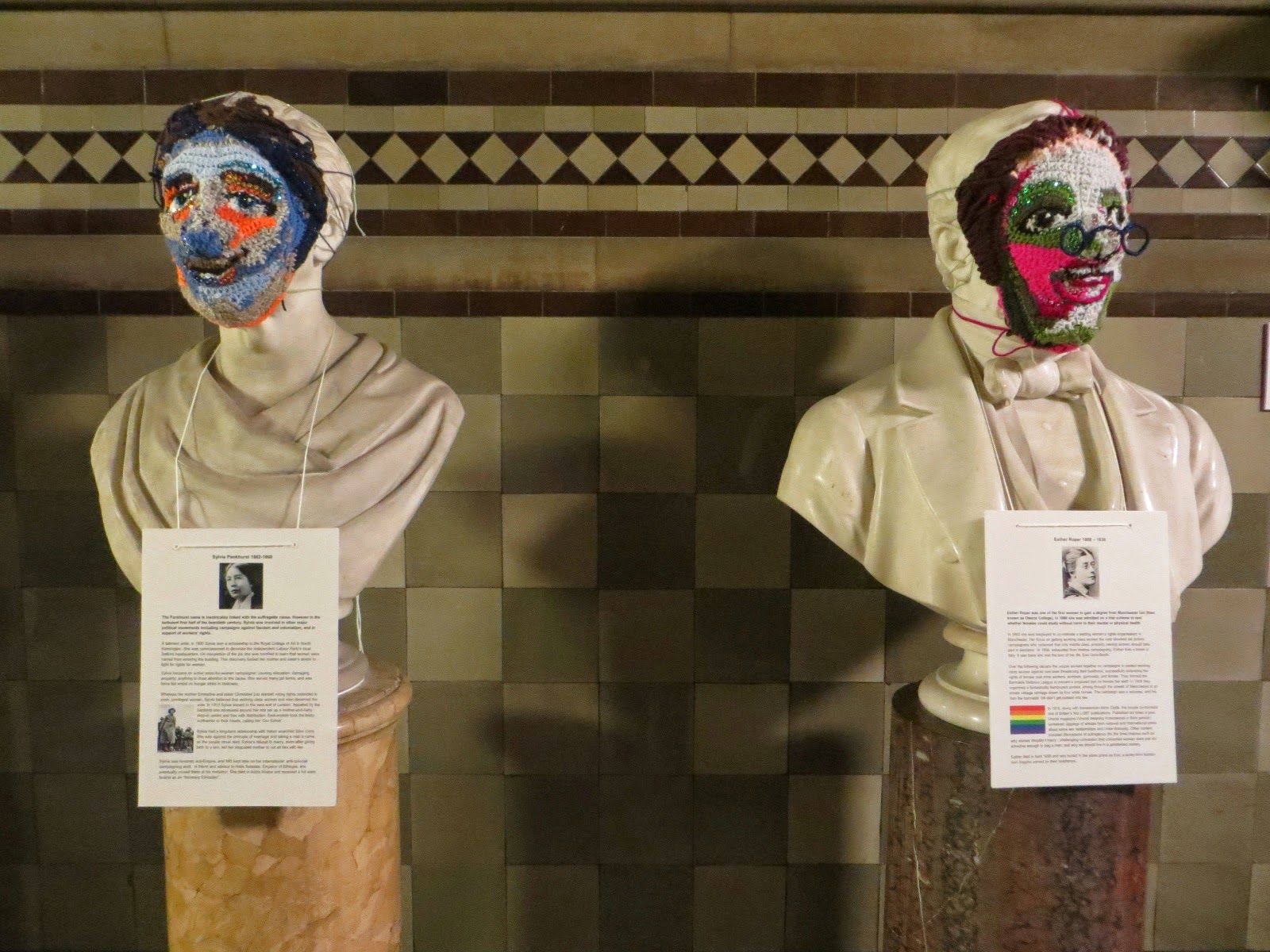 Andrew Simcock’s fundraising cycle ride from Land’s End to John O’Groats will be divided into 20 stages, each dedicated to boosting the profile of a particular woman.

That way, when the final vote takes place, people will have more of an informed choice about which woman deserves to be immortalized in Manchester city centre.

Check out the Warp and Weft blog for details of the 8 inspiring women they celebrated in their craftivist exhibition.
Posted by Wonder Women at 08:48